Not your typical scones served with tea, this German Scones Recipe is deep fried dough that is served with Cinnamon Honey Butter. 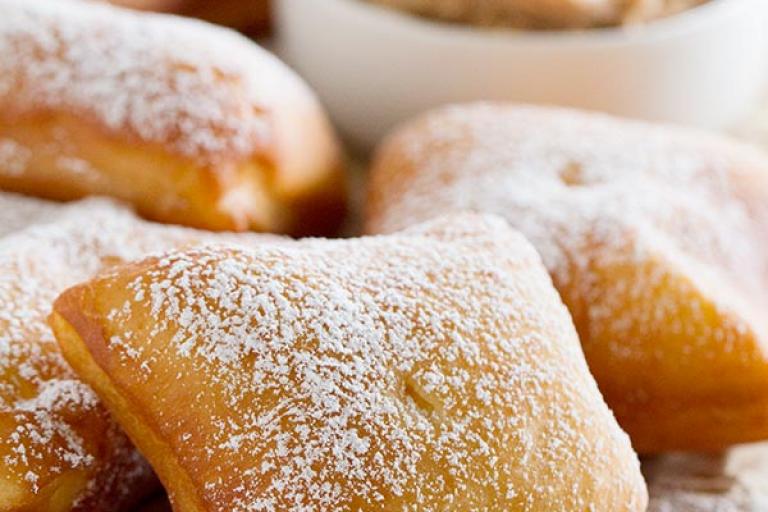 FOR THE CINNAMON HONEY BUTTER:

*total time does not include rising time or refrigeration time.
*the dough can be refrigerated for 1-2 days before frying. You can also freeze the dough for later use.